Our Core Value this month is Hope.

We are preparing a very special Winter Assembly which is being recorded around the school over the coming week and will be available for all families to watch at home on the week of the 21st December. The whole school will have a part to play – a poem, a reflection, some music, some art to showcase. We hope you enjoy this as you prepare for the Winter Break.

Have a great weekend. 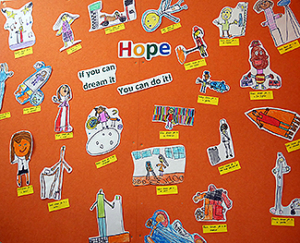 Remember, there is a half day on Tuesday 22nd December when the school will close at 12:00 for our Winter Break. We re-open on Wednesday 6th January from 08:30am (same staggered start as usual). See the calendar HERE

We understand that travel overseas may be necessary for some families however you will be required to quarantine upon your return so please consult the most up to date travel advice from the HSE and consider this when making plans. 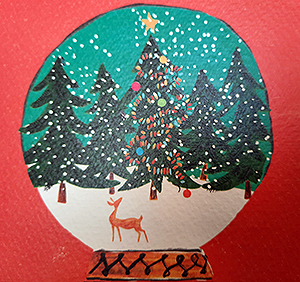 Thanks so much to everyone in our community who donated amazing prizes for the quiz and raffle.

Raffle prizes (which anyone can enter, whether taking part in quiz or not), include a €75 voucher for Underground Hair on Sth William St, a stunning handmade necklace from Shock of Grey, a cashmere scarf from Costume, a Stand In Awe of All Mná jumper, vouchers for Rascals, the Cupcake Bloke, the Circular & Lidl, toys for kids including Lego and a Dolls House, gorgeous book hampers and a birthday cake from Cake Box! 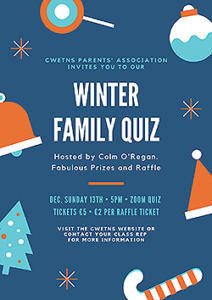 More News from the Parents Association…

We hope you all got a chance to see the Canal Way hoodies and beanies on display in the yard this week. They can be ordered online HERE

Last we just want to encourage you to stop by the refurbished Parents Association page on the Canal Way website, it’s looking amazing, have a look 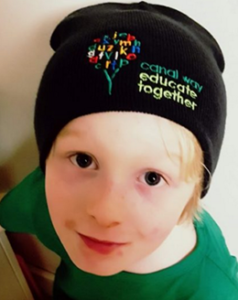 It was #HumanRightsDay2020 on 10 Dec, bringing our Human Rights Fortnight to an end! The children and staff have been really involved in the topic and we have all learned a lot. We go out into the world more informed and determined.

The whole school voted for Our human rights Hero — it is Greta Thunberg! She won from a list that included Harvey Milk, Marcus Rashford and Mary Robinson!

‘Our world is more prejudiced than we think it is, and that’s why it’s so important to educate children at a young age. Human Rights activists like Martin Luther King, Emmeline Pankhurst and Eileen Flynn may have made changes but there’s still a lot to do until every human being is accepted, no matter the colour of their skin, no matter what their gender, no matter what their religion and beliefs and no matter how they act or speak . The point is everyone is equal and everyone is entitled to be respected and be treated the way they want to be treated.

In our class, we have been learning about different types of discrimination and unconscious bias, and have been writing speeches of our own about them. A few of them include; Izzy’s amazing speech on racism and how we need to change this unfair world and take a stand and Eoin’s speech on how women are paid far less than men in sports, even though they often play at a higher standard and are more successful. Many others wrote inspiring speeches such as these and we all strongly believe that this world needs to change for the better, not the worse.’ 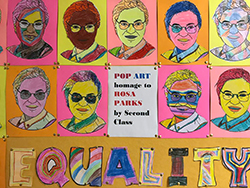 Pat and Wilma have put some twinkling lights into our school garden to brighten up the dark winter mornings. We hope you enjoy seeing it as you walk through the garden. 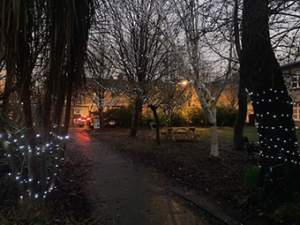 Senior Infants and the emergency services!

Senior Infants have been learning all about people in our community who help us. We learnt to call 112 or 999 in an emergency and the people on the phone will help us. We loved learning about the firefighters in particular. We learnt that all Dublin firefighters are paramedics and firefighters. We did some art based on them and sent two fire stations some cards to thank them for all their hard work. We walked down to the post box and even saw a post man on the way. It was very exciting!  Dublin Fire brigade even mentioned us on Twitter! See here @canalwayetns 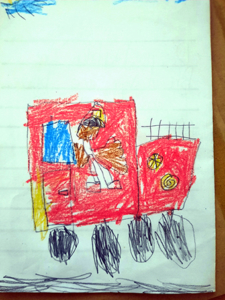 Orla tells us ‘My class have been doing GAA with our coach Ken. This week we were learning how to cheat pass, how to pass the ball up high, down low.’ 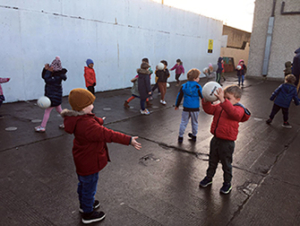 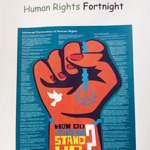 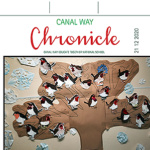